Last month I wrote an update blog on UK's Commonwealth Stadium. We were in the midst of adding backrests to the lower bowl stadium seating. Well, I am happy to announce that we are finished!

Below is a before and after pictures of the endzone: 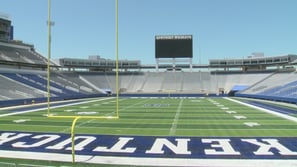 As I said in the last blog post, last year we installed backrests to a portion of the lower bowl, so this year, the powers that be at UK came back and asked us to outfit the remaining lower bowl with backrests. As you can see from the pictures the backrests have changed the complete look of Commonwealth Stadium.

If you would like more information on how we can help you design your next set of indoor/outdoor bleachers or have questions about athletic equipment, please call 877-211-6925 or visit our website at toadvine.com and one of our sales representatives will be happy to assist you.

Below are photos of the completed seating project at Commonwealth Stadium 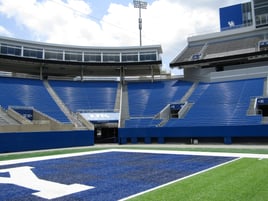 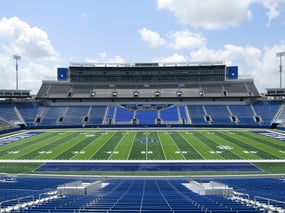 Here at Toadvine Enterprises we are entering our busiest time of the year. We have several indoor bleacher jobs and outdoor stadium seating jobs on schedule as well as several maintenance and inspections on athletic facilities throughout the states of Kentucky, Tennessee, Indiana and Ohio.

One of the bigger jobs we have going at the moment is the addition of backrests to the lower bowl of the University of Kentucky's Commonwealth Stadium. Last year we installed backrests to a portion of the lower bowl, so this year, the powers that be at UK came back and asked us to outfit the remaining lower bowl with backrests. We are excited as it will not only add comfort to the fans in attendance but also change the look of the stadium by adding more color.

We enjoy our great relationship with the University of Kentucky and look forward to many more projects with them! If you would like more information on how we can help you design your next set of bleachers or have questions about athletic equipment, please call 877-211-6925 or visit our website at toadvine.com and one of our sales representatives will be happy to assist you.

Below is an update photo from the jobsite. As you can see in the picture the sections in the far endzone are nearing completion.

If you get a chance to stop by Southern High School be sure to take a look at their new bleachers and let us know what you think! If you would like more information on how we can help you design your next set of bleachers or just have questions for one of our sales representatives, please call 877-211-6925 or visit our website at toadvine.com 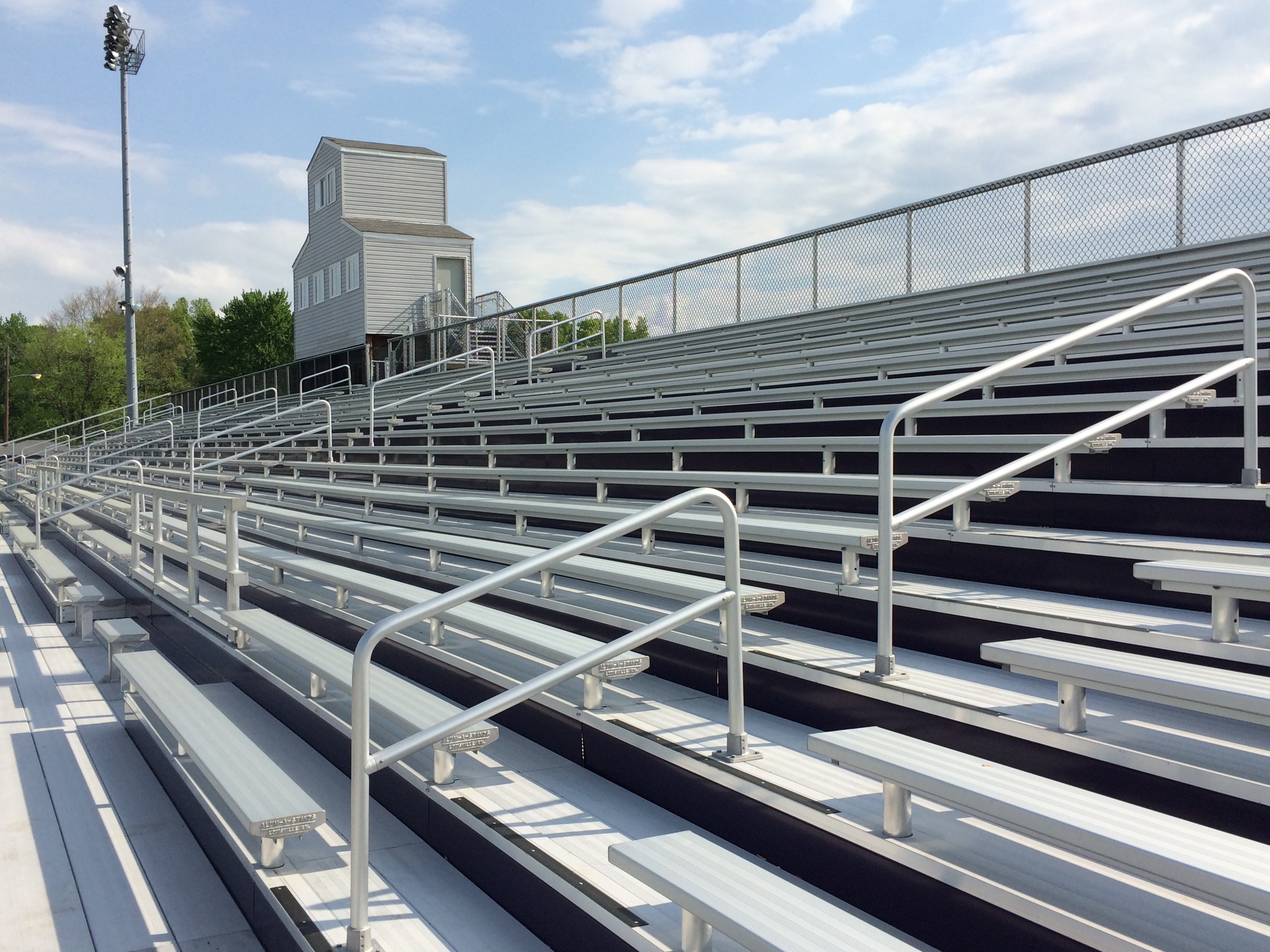 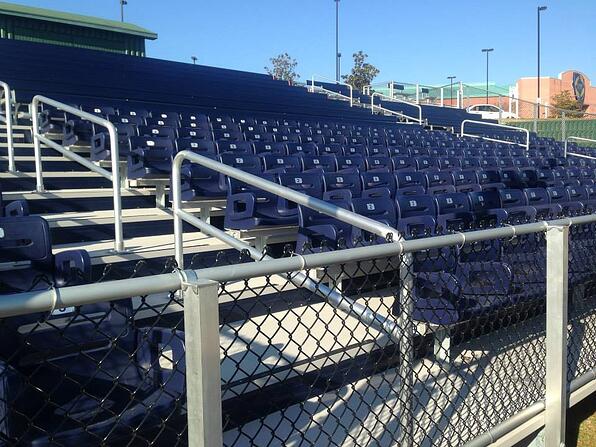 What are Loge Boxes and Why do You Need Them? 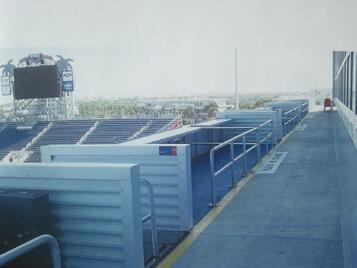 Loge boxes are areas of private seating that typically have an open space for mobile seating like folding chairs, but are bordered by railing. They give the spectator a more flexible viewing experience along with a little more privacy during the event. They also have the conveniences of drink rails, defined private spaces, and can be customized to your objectives. If you are a high school or collegiate sports program, you may wonder why you need something like this. Here are just a few examples of why loge boxes can really help your program.

A Way To Honor Special Guests
If you have faculty that you want to honor during events or during athletic matches, a loge box makes great sense for you. A loge box can be used at every event as a way to honor teachers, donors, sponsors, faculty, visiting governing officials, returning alumni, and others.

Create Option Between Luxury Suites and Club Seating
If you have luxury suites you can use loge boxes as the middle option and as a way to increase your revenue. If there are people reserving the luxury suites there will be a portion of spectators who would find loge boxes to be the price point that they are comfortable with and would be excited to reserve their own box for the season. If a business reserves the box you can suggest ad placement there in addition to or included in the price.

If Luxury Suites Are Too Nice
If your program is not at the point of having spectators open to the amenities of a luxury suite, loge boxes can become your high end offering to sponsors and spectators willing to spend a little more on their sports experience. Loge boxes do not have to be much different than the standard club seating. They can be different enough to fill them, but not too different that they don't fit into the environment of your overall facility.

Contact Toadvine Enterprises today with your questions and let us walk you through the benefits of loge boxes for your program. We look forward to your call.