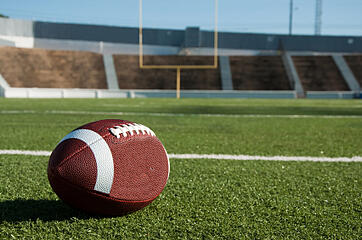 After running hundreds of plays, ramming a multitude of helmets, and dripping endless sweat after a full season of sweltering practices, the lights on the football field are slated to come on and spotlight the players who have worked feverishly to get here.

They come suited up; jerseys crisp, helmets tightly snapped, and footballs firmly prepared for the big game. Fortunately, with the help of Toadvine Enterprises, all equipment and accessory needs for the football season were ordered and met just in time for that first game whistle.

Make sure your school is prepared and your locker rooms are decked out with all the equipment you need to outscore the other team this football season. Toadvine provides all your school's equipment and accessory needs. If you have any last minute orders or need to replace some worn out equipment, Toadvine can take care of your school's sporting good needs. We solve all your equipment needs. First time. Every time.

Visit our homepage and hit the 'click here for help' button if you need a quick solution for your athletic equipment. We have a 24 hour guaranteed response. That's our promise.

Porter has announced its new line of winches that can accommodate your curtain and gymnasium dividers. Tired of the struggle of closing and opening curtains in your facility? These improved winches are the perfect solution. They are easy to use and designed to work with all of Porter's existing control systems.

The 00709000 is a listed winch that comes with a full 5 year warranty. This winch will be able to span the current range of Porter backstops up to 40' attachment height. This winch has the ability to be raised or lowered manually with a battery-operated drill or socket for install or emergency situations. Porter's goal is to be able to continue to increase its winch line so it can grow the custom engineered product offerings and capabilities. Keep your eyes out for winches that will allow them to design bigger, more unique systems. 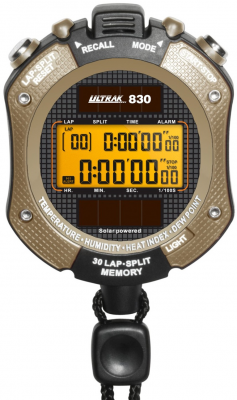 Gill Athletics has an entire web page of new products, and one specific product we wanted to highlight is the Ultrak 830 Heat Index. Coaches who are tracking the actual heat index on the field can measure, in real time, if the conditions are safe for the players. This is a great tool and should be a part of every coach's on-field toolbox. With record-setting temperatures this summer, coaches are taking their role seriously to keep players safe. This new tool from Gill Athletics should be a must for every athletic director.

Let us at Toadvine Enterprises know if you'd like more information on either of these new products.

As football season has ended, how is your scoreboard holding up?

High school football is wrapping up over the next three weeks. It’s playoff time, which means your stadium and your scoreboard get a rest. If your team is still alive, then good luck. If you’re just curious which teams are still alive, then this link will let you search all of Kentucky football classes. While we’re at it, here’s a link for Tennessee, Indiana, and Ohio. We aim to please.

A lot of action has taken place during the season, and if your scoreboard has taken some dings, we’re here to help. Our team at Toadvine Enterprises, in partnership with Nevco, can fix what’s broken. If you’re just ready to replace your existing football scoreboard or soccer scoreboard, then we can help with that as well. Fill out our request a quote form on our website, and someone from our team will be in touch within 24 hours, probably sooner. We still use the telephone too, so ring us at 502-241-6010 if that’s your style.

While it’s easy to put off repairs with basketball season upon us and the focus shifting indoors, don’t wait. Check that puppy off your to do list this month.

Speaking of basketball season, we do indoor scoreboards as well for basketball and volleyball. If you’re in a bind and need a repair or a new one before the season gets rocking, contact us today.

P.S. Who’s gonna win the state football tournaments? Give us your picks in the comments below. 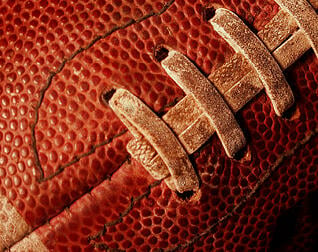 This summer has flown by! In just a few weeks school will be starting up again and we all know what that means... football season is here!

Football and soccer, two fall sports that always get a lot of attention, also require a lot of maintenance, which we can help with. If you find yourself needing additional football or soccer equipment, please contact Toadvine. We’ll make sure you get the equipment you need in time for the first game of the season.

Toadvine also offers maintenance and safety inspections for all of your indoor and outdoor seating and equipment. Vine & Branch, our maintenance program, is fully staffed with manufacturer-certified service technicians to ensure the safety of your seating and can provide:

It’s back to school time! If you need maintenance services or sporting equipment before the big day, please contact Toadvine today.