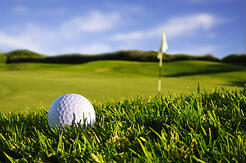 At Toadvine Enterprises we take our sports seriously. If you have been following the NBA finals it has been a treat. The Miami Heat are leading the Thunder 2-1 in the seven game series. Game three had some awesome highlights and predictable stats. It was not surprising that Wade and James combined for 54 of the 91 points the Heat posted in their 91-85 victory. Shane Battier added several three buckets for a ridiculous percentage; 4 of 6 in Game 1, 5 of 7 in Game 2, 2 for 2 in Game 3. That’s 11 of 15, 73.3 percent. With Miami leading 2-1 we want to hear from you. Can the OKC Thunder pull three wins out of the next four games? What will the result of this year’s NBA Finals be?

In golf news, we want to congratulate Webb Simpson on his U.S. Open victory yesterday in San Francisco. Webb sat in the club house at +1 after his four rounds. He had to sit with his wife and watch Graeme McDowell and Jim Furyk finish the 17th and 18th hole to see if his score would hold up or if there would be a playoff. Furyk fell apart on the last three holes and gave himself little chance to force a playoff. McDowell, however, left himself a 25 putt for a birdie that would force a playoff. It was not to be. McDowell misread the hole and the ball drifted well left of the hole. McDowell two-putted to secure solo second. Webb claimed his first major win in his second major appearance and received $1.44 million for his efforts. The last nine majors have been claimed by an unprecedented, nine first time major winners so what will happen with the remaining major tournaments this year. Will the next major see a veteran or first timer hoisting the trophy? Let us know your predictions.

There is always a heckler. This year’s U.S. Open Trophy ceremony had a man in a bizarre costume appear in front of the camera while Bob Costas was interviewing Webb Simpson. The man calls himself Jungle Bird and says he is an activist raising awareness of deforestation. He walked in front of the camera and began making bird sounds. This is not the first time he has done this. Apparently he has met the Queen of England and did something similar. He pointed out no charges were pressed that time.