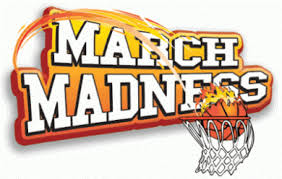 Meeting Your “Goals”: Discovering the Specifics of Glass Basketball Backboards

Selecting the right basketball goal can be a slam-dunk if you know what you are looking for before you start shopping. It's also helpful to know what options are available when putting together a complete package for your basketball facility.

The most widely used basketball goal in the industry for indoor basketball is the center strut rectangular glass backboard. This type of a goal is mounted to the ceiling in the center of the goal with a 3 or 4-point support attachment. Ceilings with heights from 25-60 feet can be accommodated with this goal. Since its inception in the 1950s, the center strut backboard has been improved upon and made more strong and durable over the years. It is constructed with a tubular steel brace and one-half inch tempered glass. The steel mounted plate on the support attachment creates incredible backboard strength and prevents backboard damage. This goal is made for all types of sporting audiences including, elementary, high school, college, church and recreational players. Generally, this 72x42 inch goal weighs approximately 240 pounds.

To add to the aesthetically pleasing look of the center strut backboard, the addition of LED lights can magnify the experience of your sporting event. LED lights are neatly contained and mounted inside the backboard perimeter. The lights are designed cleanly so that they do not block the view from behind the goal or interfere with play.

These lights are used in conjunction with a light synchronizer that connects the LED lights to the facility shot clock, main scoreboard and power supplies. Lights turn off and on with a signal sent from the scoreboard or shot clock to indicate when each period of playing time ends. They also illuminate when the game clock display is zero or when the end of game horn or the shot clock horn sounds. These timing system enhancers are also helpful to officials who can more easily determine validity of last minute shots at the buzzer.

Having a state-of-the-art basketball goal can certainly enhance the overall experience of your school fans, as they can be more visually involved in the specific timing of the game. If you want to know whether these basketball backboard items will meet your school’s needs contact Toadvine, your sporting equipment provider for Kentucky, Indiana, Tennessee, and Ohio. 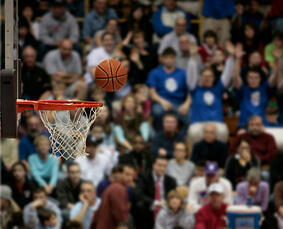 Save 15% on your next purchase when you request a quote

If you have a project in the works or are thinking about beginning a project or purchasing new equipment next year, you can save 15% off your next purchase by acting now.

Simply enter the promo code “Merry Christmas” when you fill out our request a quote form on our website.

This offer is valid now through December 31 at 12 pm EST and this promotion excludes bids. Request a quote today!

Happy Thanksgiving from the Team at Toadvine

Thanksgiving is a busy time in our markets. High school, middle school, and college athletics couldn’t be at a busier time. The two largest sports are overlapping for a bit as they do every year. So when it comes to athletic equipment, scoreboards, and athletic seating, things are hopping. For the other markets we serve like auditorium or church seating, it can be a busy time as well. With things moving indoors, churches and theaters are preparing for busy times.

With all this increased activity, we think it’s a perfect time to step back and celebrate Thanksgiving.

During all this time, take a moment or two and reflect on all you have to be thankful for. Let’s call it a grateful list. We’ll start by saying we’re thankful for you, our community that chooses us for all your athletic equipment, scoreboards, and seating needs.

From all of us at Toadvine Entreprises, Happy Thanksgiving!

Should I replace my basketball equipment?

Basketball season is just around the corner, so now is the time to make improvements to your old basketball system. As you know, there are several considerations to make when deciding whether or not to invest in new basketball equipment. We've outlined a few of them for you below:


If your system needs replacing, we encourage you to give us a call at 502.241.6010. You can even request a quote through our online form.